The Crandell-Hart House is a historical residence located in our community. Once owned by Stu Hart, it was home to his extensive family made world famous for their accomplishments in professional wrestling. While no longer under ownership of the Harts, the mansion continues to be referred to as the Hart House. The 5,600-square-foot home, sits on 2.17 acres of land and was built in 1902 by businessman Edward Crandell. It was converted into the Soldiers' Children's Home for Orphans in 1920 and then bought by Judge Henry Stuart Patterson from the Crandells. Sold to Stu Hart in 1951 for $25,000, the three story brick house has had many famous professional wrestlers as well as political and entertainment figures pass through its doors. In its Hart-owned state, it featured twenty-two rooms, four fireplaces, five chandeliers from Edmonton's historic McDonald Hotel, two porches, a view of downtown Calgary, and a coach house behind the main house. Members of the professional wrestling community around the world hold a great deal of appreciation and respect for the Hart House and the legacy it holds. (Source: www.wikipedia.org) 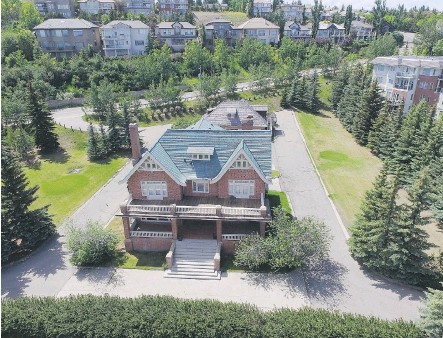 2018- SB2016-0219 The City of Calgary approved the Change of Use to Bare Land Condominium for 10 units including the existing Hart House.

Please contact the Director of Expansion and Development if you have any questions at development@chph.ca